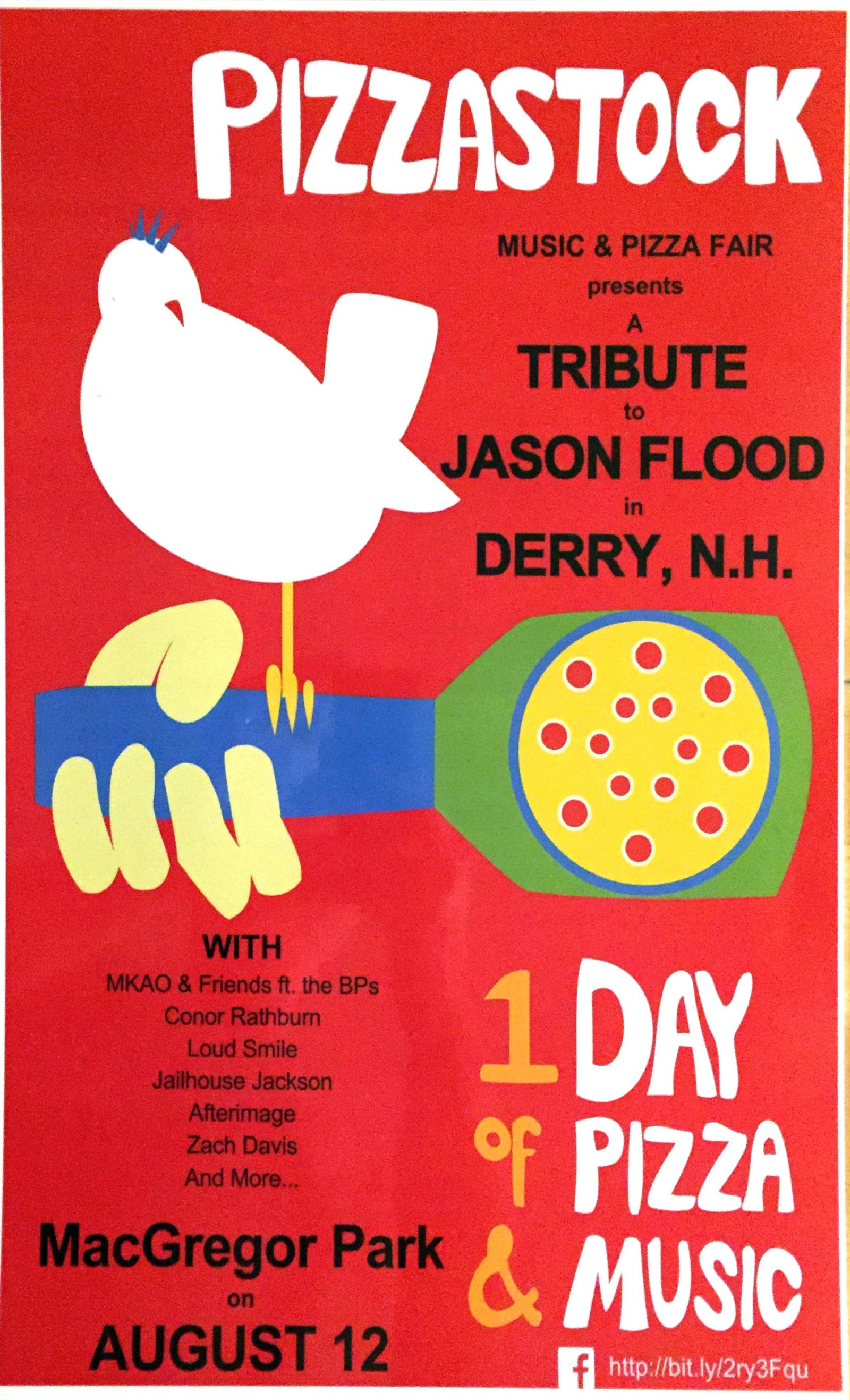 Pizzastock's origins trace all the way back to 2014, when six teens from Derry and Hampstead, NH formed the satirical punk band MKAO. Every few days, the friends would gather in a living room or a garage and pound out a couple hours worth of teenage noise. Every song was about friends or pizza. MKAO never took itself seriously, but the music was pretty good. More importantly, it was fun. Tunes like "Gimme Pizza," "My Friends," and "Khaki Shorts" became underground favorites. MKAO's dream was to someday host a festival at Derry's MacGregor Park, which would be appropriately called Pizzastock. As the summer of 2014 ended, MKAO ran out of steam, and its members went on to different musical projects, but all of its members retained fond memories of the band.

On November 20, 2016, MKAO's lead guitar player Jason Flood lost his battle with depression and passed away. After a long period of recovery, MKAO and Jason's parents, Doug and Danielle, decided to make Pizzastock a reality in honor of Jason. They teamed up with countless members of Derry's music community to organize a full-fledged music festival. Over a dozen local musical acts were recruited to perform, ranging from acoustic solo acts to screamo bands. Jason had always been invested in his community, so the organizers decided that the festival would be as well, turning the show into a benefit concert for local charities. On August 12, 2017, MKAO headlined the first Pizzastock in MacGregor Park. It was a bittersweet moment, but also a joyous occasion, as Pizzastock raised over $2,200 for the Sonshine Soup Kitchen.

As Pizzastock continues to grow in scope and in cultural significance, its primary goals are threefold: to encourage and exhibit local musicians, to do charitable work in the community, and to continue remembering Jason. We invite you to attend this year's Pizzastock and join us in a day of citizenship, music, and love. And- of course- pizza.