Pizzastock 4.5 Battle of the Bands

Cozy Throne is a 4 piece rock band that defies labels and strives to break the molds of an average garage group. Hailing from southern NH, the wonderfully eclectic group is made up of Jake, Ben, Lindy and Amara. The group originally came together at just the start of 2020. If they had one wish, it would simply be to resurrect the blessed Travis Scott Burger at McDonald’s. 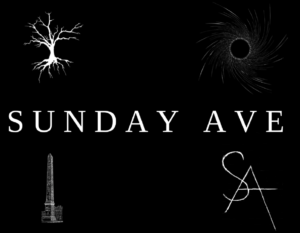 Sunday Ave is an attempt at writing a story that ties a web of Chaos into one string of events. Depending on how it reaches you, it could appear as the scattered memories of an unfulfilled life, or the prophetic knowledge of someone who has seen the light. It is reluctant need, sarcastic hope, and heavy-hearted violence that reaches out endlessly, searching for something to make this moment feel real. This is what it sounds like.

The Last Minute is a group of 7 high-school students who love to write and play music together. The band is made up of the incredible Emerson on vocals alongside Lorelei, who is also the rhythm guitarist, Bryan and Evan shredding on lead guitar, Hannah rocking on the keys, and the insanely talented Kaylee and Matt holding down the rhythm section on bass and drums. The Last Minute is sure to blow you away with our set list made up of originals and covers that showcases all of our different tastes in music. 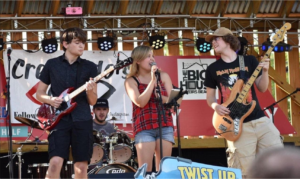 Last year's Pizzastock 3.5 winner and this year's House Band - Crescendo's Gate is a NH based rock band that exploded on the music scene in 2017. Their first big moment was a televised acoustic performance for the NH Governor. In 2018 they won big at Boston's Hard Rock winning the 3 top awards. 2019 did not disappoint with a nomination by The New England Music Awards for New Act. January 2020 we were honored to have won this event and to be asked back as the house band. To date we have recorded several originals which include our newest release of "Red Hawk Waltz". CG plays all of your favorite cover songs which influence their original music putting back the familiar rock n roll soul that become instant fan favorites. 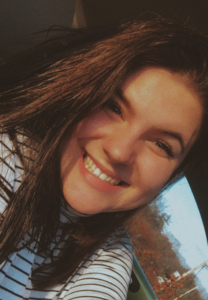 Jenna Sullivan is a full time staff member at the boys and girls club in Derry. She is going to school at Manchester community college for early childhood education with a focus of special Ed. Aside from working with kids, Jenna's other passions include singing and theatre. Jenna has been doing both theatre and performing with her dad since the 7th grade. Jenna became good friends with Jason Flood her freshman year of high school and has since 2016, been blessed with the friendship of Doug and Danielle. She has performed at Pizzastock 1,2, and 3 and is so incredibly excited to be the co host of Pizzastock 4.5 for the second year in a row! 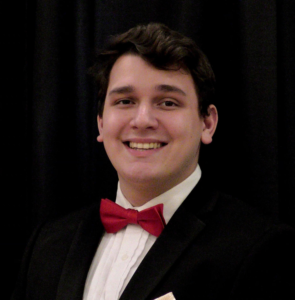 Bassist of Pizzastock 2.5 battle of the bands winner Fourth Degree, Ryan Geary is very active in the southern NH music community. Fourth Degree currently has their debut album “Rollin’” out now along with their 2nd album in the works. Beyond his role in fourth degree, Ryan is the president of TYPE (a recognized 501 (c)(3) Non-profit), along with being the Musical Director of the summer show. He is currently pursuing a BM in Music Education/Voice at the University of Southern Maine. Ryan hopes to bring joy to his community through music. 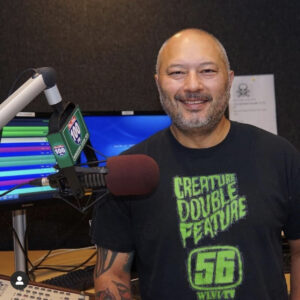 Mike Hsu is the current evening host on 100 FM The Pike in Worcester, MA. He previously spent 20 years at the legendary Rock station WAAF right up until they pulled the plug in February of 2020. Mike also is a co-host on the Breaking The Ice Podcast with former WAAF colleagues Josh Dolan and Isaiah and the Neil Young centric podcast Long May You Young with Luke and Russ Condon from the band Town Meeting. Mike lives in Worcester, MA with his wife and daughter and enjoys geeking out about music, playing disc golf and eating large Italian grinders with provolone, extra hots, and no mayo. Check out his social media: @mikehsurock on Instagram, @mikehsuaaf on twitter, facebook.com/mikehsuWAAF on facebook, and Mike Hsu 666 on Untappd. 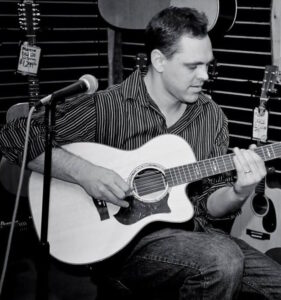 Joe Lacerda started Manchester Music Mill in a band rehearsal complex in 2005 with a mission to serve the New Hampshire Musicians and Bands with gratitude and respect.  Today they are one of the nation's leading Musical Instrument retailers with a wide selection, top rated teaching staff and repair technicians.  Joe has always been drawn to music and started playing guitar at 12 years old.  He was in the 215th Army National Guard Band for 6 years and traveled all over the world playing guitar and tuba.  He is a licensed Civil Engineer and an MBA, with a strong attention to detail and business acumen.   His passion to help and support the music community continues to be his driving force. 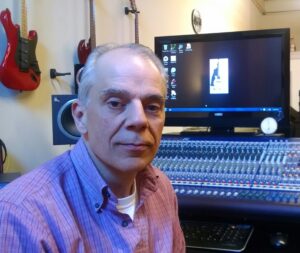 Bob has been playing guitar for over 40 years, and has been teaching for over a decade. He has been performing professionally since the early 80’s, and has had well over a thousand performances with the bands: Hit n' Run, Metal Angel, Sonic Boomers, and as a soloist.

Bob also teaches Audio Engineering and Live Sound through Manchester Community College. The classes are taught on weekends at the NHTunes recording studio.

Bob has an MBA from SNHU, and a Guitar Certificate from Berklee College Of Music.