Mike Hsu can currently be heard as the morning host on 100 FM The Pike in Worcester Mass as well as The Breaking The Ice podcast and the Neil Young - centric podcast, Long May You Young.  Mike has worked in radio for 32 years, including the late, great WAAF in Boston, WHJY in Providence and WBZU in Richmond, VA.  When he isn't talking into a microphone he's using his mouth to eat Italian subs and barbeque.  He also plays disc golf (very poorly) and loves listening to music while driving entirely too fast. 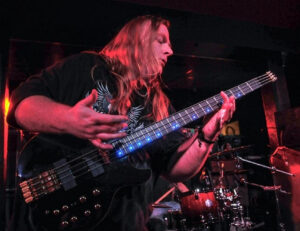 Jeff Clark began playing bass at 14, including the summer between junior and senior year of high school as the only bass player for the Town and Country Playhouse.  He used his pay from that summer to buy the bass that he still plays today.  After graduating from high school, Jeff auditioned for and toured with Up With People.  These performances were his largest to date and he enjoyed playing large crowds, often up to 7,000 audience members.  Jeff's next adventure was with the Bass Guitar Performance program at Berklee College of Music, where he made the Dean's list and expanded his knowledge with classes in audio engineering, MIDI concepts and arranging.  Jeff is now a local bass legend as a teacher, playing in several bands, currently a member of Category 5, and has also attended New Hampshire Bass Fest as a student.  He can often be found at various bars either playing or just soaking in the scene, sometimes offering advise to younger musicians.  He happily counts musicians Michael Manring, Todd Johnon,  Bruce Gertz, Joe Hunt, and Celso Pixinga among his many musical friends. 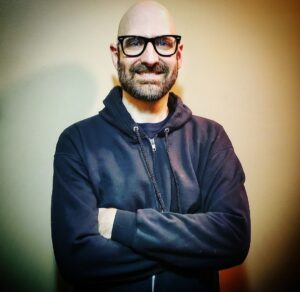 Dan Saunders studied at Berklee College of Music in Boston MA and  Musicians Institute in Los Angeles.  Upon graduating he went on to teach full time at Musicians Institute/GIT for nearly a decade.  It was there that he had the opportunity to work alongside such musicians as Scott Henderson, Stu Hamm, Paul Gilbert, Marco Minnemann and Chris Broderick.  Daniel has over 20 years of both teaching and performance experience.  He has opened for such acts as Steel Panther and Candiria and performed at world famous venues including The Whiskey A Go-Go, Viper Room, Troubadour, and House of Blues.  He has written and performed with Robby Merrill of Godsmack and has recorded a series of video lessons for Guitar World Magazine which were published by Hal Leonard.  In addition, Daniel has had endorsements with Alonzo Guitars and D"Addario Strings.  He currently resides in Derry, NH where he teaches guitar, bass and ukulele.